the secrets of the Royal Chapel

the secrets of the Royal Chapel

We know that it is located on the first floor of the Royal Palace of Palermo and that it was dedicated, at the behest of Roger II, to St. Peter the Apostle, as written in a document dated 1132: it was born as a private church and is totally incorporated by the Norman palace, from the external practically does not exist.

The inscription on the base of the dome places in the year 1143 the contemporary dating of the mosaics of the presbytery. Inside the Byzantine mosaics cover all the upper walls of the aisles forming beautiful figures. The wooden ceiling of the central nave is instead decorated with carvings and paintings of Arab style (muqarnas).

The valuable ceiling, a holding structure made of thin boards, shows as many as 750 paintings independent of each other: they represent the Koranic paradise that includes the pleasures of the senses and the spirit with trees, monsters, peacocks, eagles, men and musicians.

A veritable treasure is then the monolithic candelabrum of over 4 meters that is still used today during Easter mass.

In the apse it is possible to observe the imposing figure of Christ Pantocrator that is Lord of Creation who blesses us “in Greek” with his left hand while with the right he holds the book of the Bible in which it is written in Greek and in Latin: “I am the light of the world, whoever follows me will not walk in darkness but will have the light of life “:

The Byzantine mosaics are made up of two sheets of glass between which there is a very thin (and very precious) layer of gold: therefore what glitters is gold, as is the Word God.

From 3 July 2015, the chapel commissioned by Ruggero is a UNESCO World Heritage Site and is part of the broader itinerary of the Arab-Norman Route of Palermo, Cefalù and Monreale.

The Palatine Chapel, among other things, is the only Italian church to have been included among the 23 most beautiful churches in the world in a ranking compiled by the “Daily Telegraph”, a UK newspaper founded in 1855.

Hundreds of important events have happened inside the precious Chapel, here are some:

On June 29, 1143, the archbishop of Taormina, Filagato da Cerami, during the inauguration ceremony delivered a famous homily: “The roof can hardly be satisfied with looking at it, and it is a wonder to see it and hear about it, being adorned with certain very fine carvings variously worked in the shape of small baskets, and shining gold on all sides, imitate the sky when in the serene air it shines for the chorus of the stars “.

On February 13th 1177 it was a Sunday and William II the Good married here Giovanna Plantogeno, sister of the King of England Richard the Lionheart.

On April 28, 1140, on the day of the dedication of the Palatine Chapel when the Parish dedicated to Saint Peter was established there, King Ruggero had his Chancellor draft the privilege “With which the munificent King endows the Chapel and the ecclesiastics in charge of his service of appropriate proceedings “.

In the privilege issued eight years earlier by the Archbishop, the King was not mentioned as a church builder but only as its owner.

In 1142 King Roger II had the first clock placed on the outer wall of the Palatine Chapel in order to mark the hours of religious services that took place in it. It was not really a watch as one may believe but a very modern hourglass.

On 7 May 1166 William I died and was buried in the crypt of the Chapel: in 1182 after the revolt of the barons William II, his son, moved the body into a mausoleum inside the Cathedral of Monreale.

In reality it is improperly called “Cripta”: in 1117 the hypogeum space was already known as the primitive church of Santa Maria di Gerusalemme. The misunderstanding was caused by the changes made over the centuries at the entrance of the small church, now connected by two symmetrical staircases with the church on the upper level.

On March 7, 1807, Carlo Felice married Maria Cristina of Naples, daughter of Ferdinando di Borbone, king of Naples and Sicily (who after the Congress of Vienna will take the title King of the Two Sicilies) and Maria Carolina of Austria. sister of Marie Antoinette who went instead to marry Louis XVI.

Finally, on 29 January 1848 the Royal Palace was ferociously sacked by the Palermo rioters: the “Sicilian Revolution” was the first to break out in a year full of revolutions and popular revolts, starting that wave of revolutionary movements that shocked Europe and it is called the spring of peoples. It led to the proclamation of a “new” independent Kingdom of Sicily, which survived until May 1849.

The rioters, in any case, decided not to touch the Palatine Chapel.

An autumn full of surprises and events what you are about to set up in Palermo, and more and more tourists choose the Sicilian capital as a destination for their holidays or simply for a single weekend during which to visit the city.
If you too want to visit Palermo but don’t know where to stay, we at the bed and breakfast Federico Secondo have comfortable rooms and a unique location, in fact our bed and breakfast is located just behind the cathedral. What are you waiting for? Book your room now, even today in a special offer! 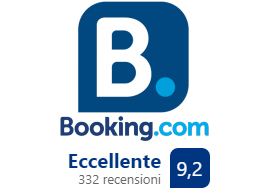